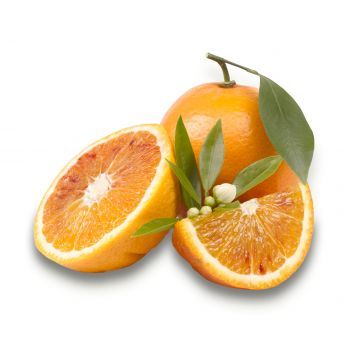 The 'Tarocco' variety was discovered in the early 1900s in the area of Pedagaggi (province of Siracusa), but it spread rapidly to Lentini and Francofonte (Siracusa) and to the south of Mount Etna, which offers the best conditions for the expression of its genetic potential. The first treatises were published in the early last century. In 1929, a study was published describing the history of the cultivation of tarocco oranges, which dates back to the late 1800s.

The rind is thin, smooth and resistant and its red colour is a result of late ripening. The tarocco grows in a tree of medium size, rather irregular, which is usually moderately productive. Each single orange can weigh up to 250g. The tarocco orange is classified into tarocco comune (juicy and pigmented), t. nucellare (little pigmented), t. gallo (sweet and little pigmented) depending on the natural and characteristic mutations. The fruit is of rather large calibre, has a strawberry-like aroma and is seedless.

Ripening period: from December to February. It is best in late January and the taste is exceptional when fully ripe.